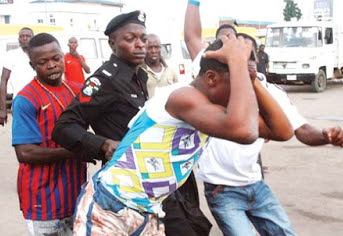 The Nigerian soldiers have arrested a bishop, Uwah Mfon, and 18 others for armed robbery, kidnapping and cult activities in different areas of Akwa Ibom State.

Our correspondent learnt that the suspects – some of them were identified as Saviour Friday, Nsika Udoh, Akan Monday, Abak Obong and Oyobong Frank – were arrested by troops of 2 Brigade and had been handed over to the police.

Iliyasu said the bishop was believed to be an alleged financier of “wanted criminals terrorising” the areas.

“The increased presence of troops both on land and on waterways helped to prevent any criminal activity.

“The troops arrested Mfon on October 14. He is believed to be the financier of wanted criminals and he was arrested at Ikot Ibekwe community in the Ukanafun LGA. The suspect is volunteering information about gangs of kidnappers and cult members linked to him.”

The spokesman said more than 120,000 litres of stolen fuel was recovered from oil thieves in Rivers State.

Our correspondent learnt that troops of 29 Battalion intercepted two trucks in the Uzuaku area, laden with 55,000 and 30,000 litres of fuel.

“A patrol team also discovered a re-activated illegal refinery in the Doroko area on October 17; and the site was destroyed by the troops. The troops also destroyed 53 jerrycans of 25 litres and 20 drums of 250 litres in the Akinima and Okrika areas respectively,” Iliyasu added