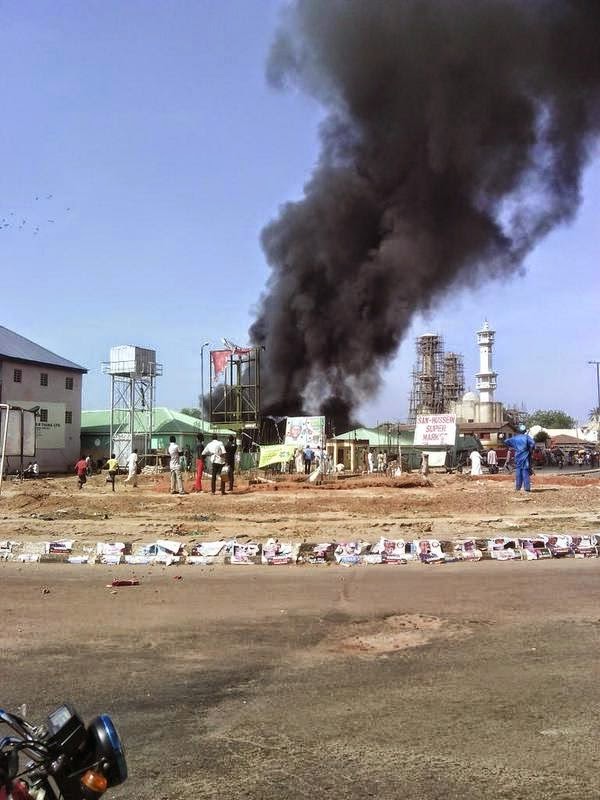 According to witnesses, 3 men entered the Gombe State-owned station early Friday morning and dropped a bag among the buses.

Gombe’s police chief Abdullahi Kudu said the blasts went off around 9:00 am (0800 GMT) and that three men had been arrested.

He further said that the suspects hailed from Yobe where Boko Haram is dorminant.

“A vehicle which was suspected to have carried the bombers who came in with Improvised Explosive Devices (IEDs) was recovered. Unfortunately for them, they were caught when they were about to run away,” he said

This latest attack reportedly killed 8 and wounded 34 others.

May the souls of the victim rest in peace.