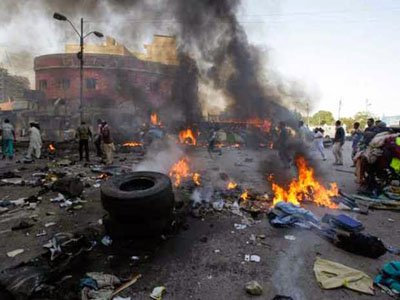 A deadly bomb blast has been reported in Yola, Adamawa state.

The bomb exploded near a tipper park in the town. Over 20 persons have been killed.

According to initial reports, the explosion occurred at Kasuwan Gwari on Jimeta Bye-Pass, close to the main vegetable market in the town as traders were closing for the day and rushing home.

A resident of the city, Gambo Ibrahim revealed that the explosion was deafening and widely heard, adding that “I am currently at the scene and we are helping to remove those injured to the hospital. Seriously, from what I can see here, there are dead bodies littered all over the place.”