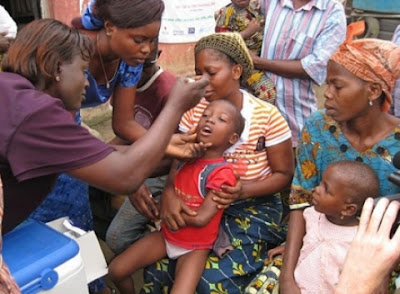 Gunmen suspected to be members of Boko Haram, yesterday resumed hostility in Kano State, killing a total of nine female polio immunization staffers in separate attacks in the state capital. The twin attacks also left four additional female workers injured, according to shocked witnesses, who commented on the incidents. Saturday Sun was told that these attacks, which were executed by gunmen on tricycles, occurred in a split succession between 9 and 10am.

Speaking to reporters on phone, Kano State Commissioner of Health, Dr. Abubakar Labaram Yusuf, confirmed one of the attacks and disclosed that this particular attack occurred at Filim Cashew, Uugwar Ukwu Area in Tarauni Local Government Area of the state. He confirmed that two persons were killed in this incident, while four others were injured, adding that the survivors had been rushed to the hospital for medical attention.

Witnesses also said that just as the first round of violence was going on, another seven female polio immunisation staff were mowed down by another set of attackers at Hale Hotoro in Nassarawa Local Government Area of the state. It was gathered that the victims were shot while they were on duty in a community health centre in the area.

Polio vaccination programme, it would be recalled, has been a subject of dispute in the state. The latest tragedy has since sparked off a rage of anger and pain in the state capital as families of the victims make arrangements for the funeral. This is the second incident of attacks of polio immunisation personnel in the state by suspected insurgents.