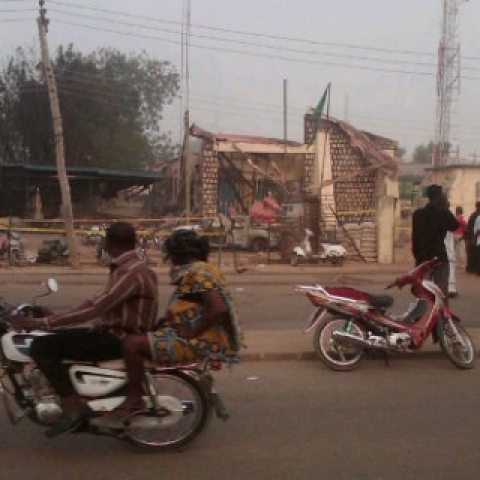 According to residents, the gunmen came in around 8:30pm on August 1st, 2012, threw explosives at a Police post in central Gombe and then opened fire on the policemen.

“They threw explosives and opened fire on the police post in central Gombe. Some of the policemn were inside while others were outside. The explosions were followed by gunfire. There was a shootout between the gunmen and policemen which lasted till 10 pm (2100 GMT),” Aliyu said.

“From a distance, I could see lifeless bodies being loaded into police ambulances,” he said, without being able to give a precise death toll because it was dark.

According to another witness of the second attack which happened in Bagadaza district, “There were a lot of gunshots lasting for more than an hour. I cannot say if anybody was hurt or killed in the attack,”

As at the time of this report, there is no official confirmation yet since the attack was carried out late in the night.