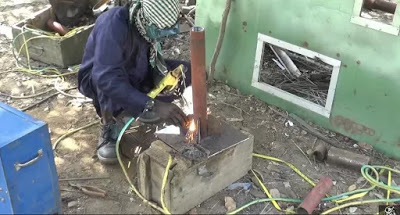 Nigerian army has confirmed the death of a specialist making IEDs for Boko Haram sect.

This was confirmed in a statement signed by Army spokesperson, Colonel Sani Usman today.

The suspect, a high ranking officer of the sect was gunned down by the sect leader’s bodyguard while trying to flee Sambisa forest due to the intensity of the Operation Crackdown.

His replacement, one Julelebeeb has reportedly gone blind.

According to Usman, his two eyes were shattered by shrapnel, in the process of preparing an IED to consolidate his appointment as the sect’s new bomb expert.