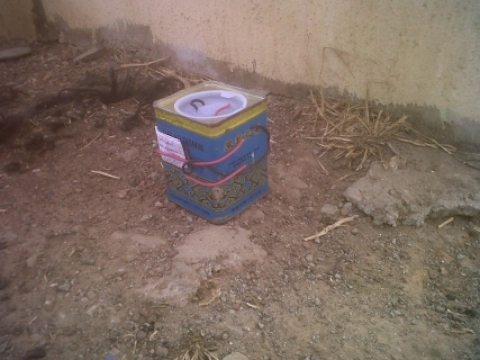 Another tragedy has been averted in Kaduna on today as an undetonated bomb planted by Boko Haram militants was safely removed from the children’s playground at Kabala Doki Police Barracks in Kaduna.naijagists.com

According to Sahara Reporters, the children were unconsciously playing with the bomb, before a vigilant adult discovered that it was a time bomb.

The anit-bomb squad was called in and the explosive was successfully detonated.

These Boko Haramists are animals !

No Man Is Perfect Until You………
Protest: Workers Shut Down Oceanic Bank Headquarters