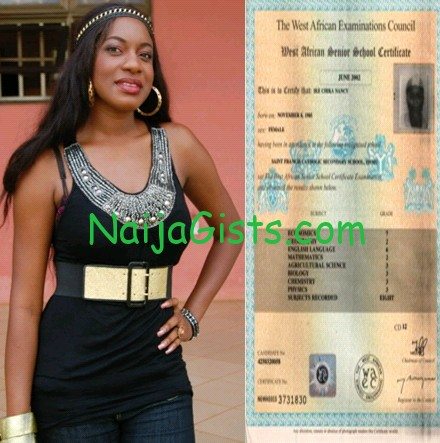 Nigerian actress Chika Ike is currently trailing the steps of singer Davido who recently released his American passport to prove his age by releasing her original WAEC Certificate in a bid to prove her age to fans. naijagists.com 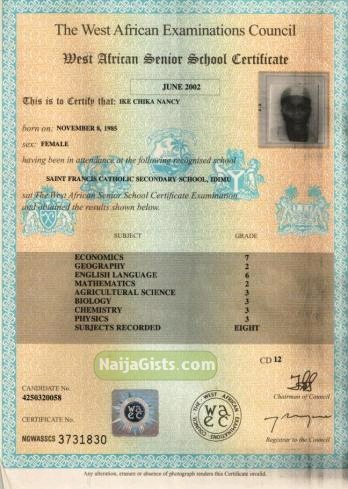 She recently shared the above WAEC certificate via her twitter page to satisfy the curiosity of her doubting thomases fans.

Now we all know our dear actress is officially 27-years-old. Case Closed.