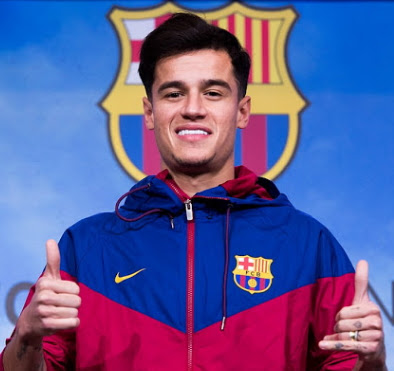 Former Liverpool middlefielder, Philippe Coutinho has been officially unveiled as a Barcelona Player for the first time.

The Catalan giants are reported to have agreed a deal worth up to £142million with Liverpool to bring the Brazilian play maker to Camp Nou, after a series of bids failed in August.

Coutinho will be formally unveiled on Monday, with a photo shoot on the Camp Nou pitch to be followed by a press conference.

But Barca offered a glimpse of Coutinho in Barcelona colours in a video posted to the club’s official Twitter account after Sunday’s home win against Levante.

Coutinho is shown walking out on stage and posing for the cameras, waving to the photographers and offering a double thumbs-up for the flashbulbs.

The 25-year-old then sent a message to his new club’s fans ahead of Monday’s formalities.

Without Coutinho, Barca beat Levante 3-0 to stretch their cushion at the top of the LaLiga table to nine points, with Lionel Messi, Luis Suarez and Paulinho on the scoresheet.

The Brazilian playmaker arrived in Spain on Saturday evening after Liverpool accepted a deal worth an incredible £145m.

See photos from his unveiling. 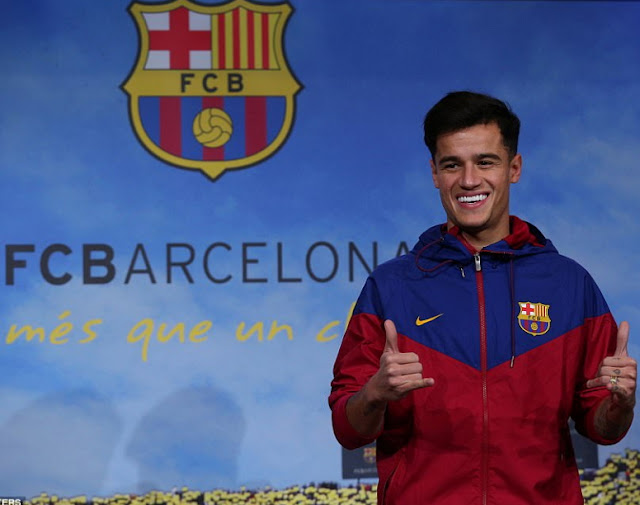 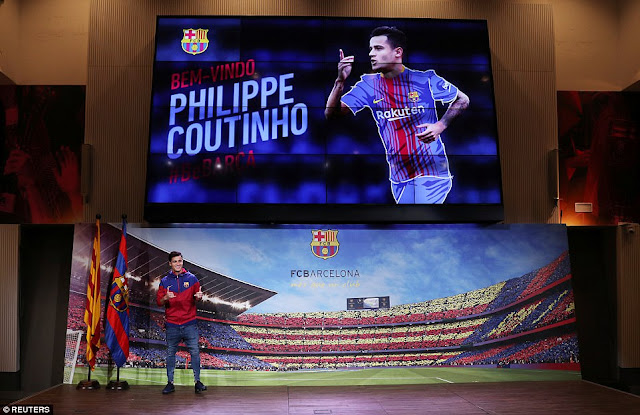 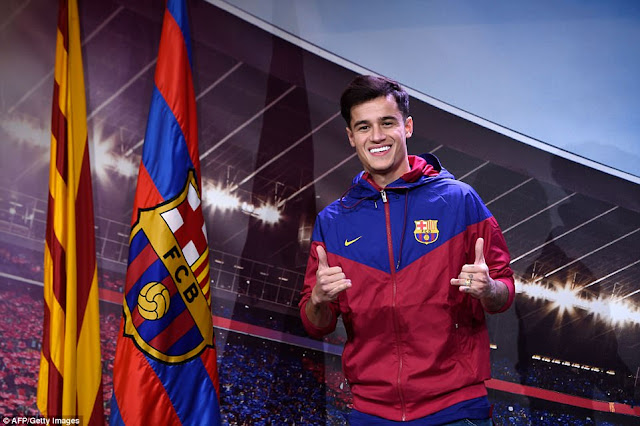 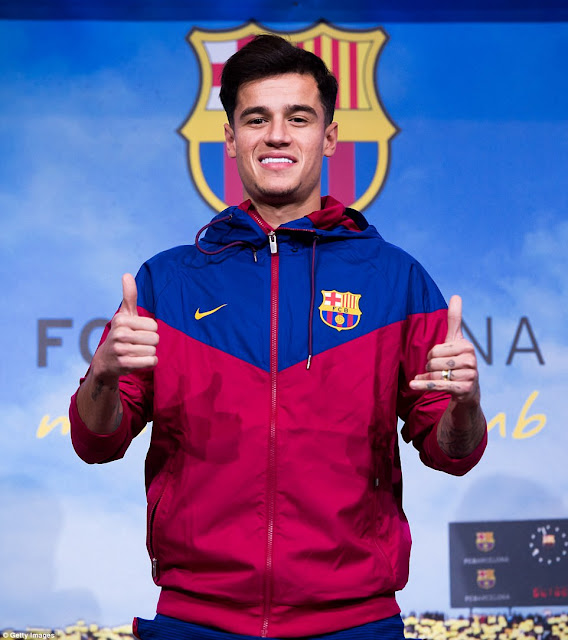