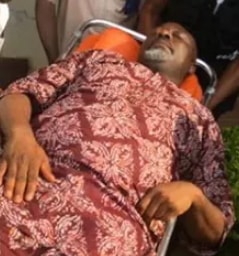 The police spokesman made this known when contacted to confirm the re-arrest of the senator after being arraigned at a magistrate court in Abuja on Wednesday.

He explained that Melaye was arraigned on charges bordering on escape from lawful custody and attempted suicide, for which he was granted bail.

He however said that the senator is still in police custody over allegations of conspiracy, gun-running, armed robbery and kidnapping, which is before a High Court in Lokoja, Kogi state.

He added that suggestions that the senator’s life is in danger was untrue, because he is in lawful custody.

This, he said is known to the public, that and all lawful procedures would be adhered to while he remains in lawful custody.