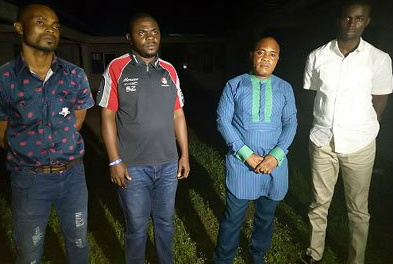 The operators of a fake maritime school in Uwa West, Essien Udim LGA of Akwa Ibom state have been arrested after the Nigerian Navy Ship Jubilee invaded the illegal institution on Friday.

The founder, Adams Pius and 3 instructors were picked up during the raid and handed over to the Ikot Epene Police station.

The institution shut down in 2013 reopened in 2016 until it was finally sealed off last week Friday.

Many unsuspecting Nigerians who graduated from the institution have been urged to hand over their certificates to avoid trouble with the law.