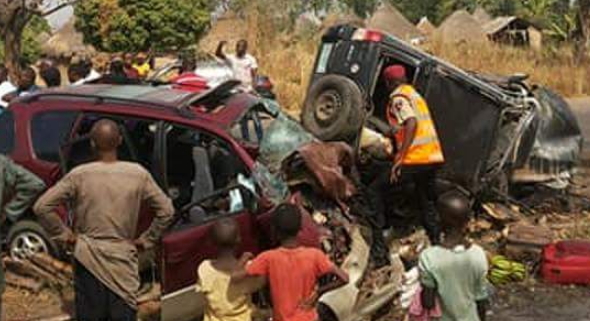 Not less than 4 travellers lost their dear lives on Friday in a fatal crash that that happened along the popular Makurdi Gboko highway in Benue state.

The crash involved a Toyota RAV 4 carrying some family members and a Toyota Picnic car carrying passengers from Makurdi to Gboko in Benue state.

According to an eyewitness, the Toyota Picnic driver caused the fatal crash.

He reportedly attempted to overtake another vehicle when he collided with the RAV 4 coming in opposite direction.

2 people in each vehicles died on the spot while several others sustained life threatening injuries.