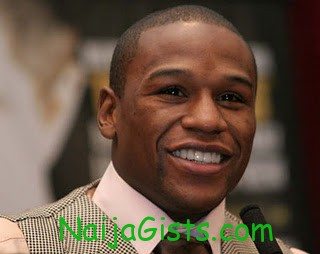 The plea deal avoids an evidentiary hearing on felony grand larceny, coercion and robbery charges, plus misdemeanor domestic battery and harassment charges in a September 2010 argument involving Mayweather’s ex-girlfriend and two of their children.

He was  sentenced to 90 days in jail .He  will serve 90 days in custody – less 3 days for time served, 12 months domestic violence counselling , 100 hours community service work and $ 2,500 fine.Mayweather could have faced 34 years in state prison if convicted of all charges (celeb region)