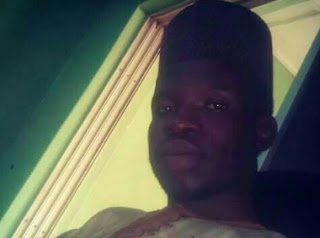 December 9, 2017 – Nigerian Man Calls For Ban Of Football Betting In Borno State, Says It Is A Great Sin In Islam

SAY NO TO Naija Bet, an opinion article by Bulama Muhammad Bukar

Why is everybody silent knowing that our State is on the verge of falling into yet another danger?

Are you really interested in making Borno a better place or you are just making noise to attract people’s attention or gain a cheap popularity?

This State of ours has been suffering from “fitnah” (crises) for the past 7-8 years. And it’s unanimously agreed that the only way out of this “fitnah” is for all of us to repent to Allah and seek for His forgiveness as well as His spiritual intervention, only by doing so can we get out of the current disaster our people have been suffering from.

But unfortunately opposite is the case, as almost 70-80% of our youths have suddenly and messively resort to a newly emerged football gambling that is called “Naija Bet”, in which a person predict the results of the 5-6 football matches that are yet to be played by putting N100 or N200 and that if he/she guess the results correctly he/she would end up winning some certain amount of money.

And every critical thinker knows that such gambling encourages theft, burglary, enmity among youth, and it also discourages those involved from going to school. (subhanallah wal’iyazu billah).

Allah swt has warned the Prophet saw against dangers involved in gambling in a number of occasions in the Glorious Qur’an. Allah swt quoted to have said:

“They ask thee concerning wine and gambling. Say, ‘In them is GREAT SIN”

(Qur’aan 2:19). He (swt) also warned the believers in yet another verse by saying: “O believers! Intoxicants and gambling, worshipping stones and divination by arrows are impure of shaytan’s handiwork: refrain from such abomination that ye may prosper.”

Therefore, going by these afore mentioned Qur’anic verses, one can simply realize the simple fact that any society that are involved in such abominable activities are directly testing the patience of Allah swt.

“Wallahi” if care is not taken, we are going to witness yet another disastrous anarchy, a situation where we will have thousands of our youths dropped out of schools and I think you are aware of the consequences.

Donald Trump’s Presidency, A Tragedy For The American Republic
How Desperate Africans Are Paying Their Way Into Modern Slavery In Libya