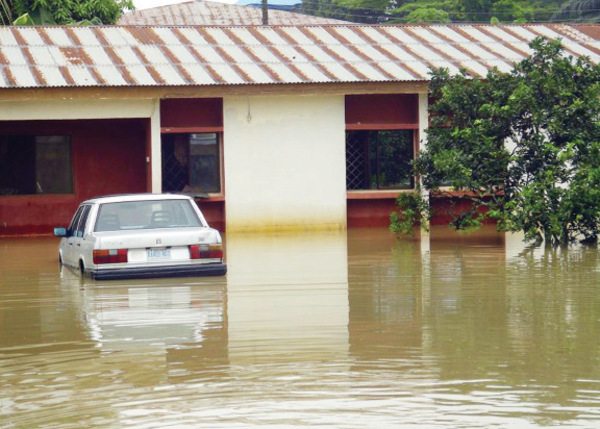 An heavy downpour in Calabar Metropolis, Cross River State, has displaced Mrs Anthonia Monkom, Permanent Secretary in the Department of Public Transportation, and hundreds of families.

The downpour, which started about 7pm on Saturday, flooded most parts of the town, disrupted traffic flow, pulled down perimeter fences, houses and destroying household property worth millions of naira.

At Nsemo Street in Calabar Municipality, the house of the Permanent Secretary was flooded, while household items and documents were either swept away or destroyed by the flood.

Narrating her ordeal, Mrs Monkom said it was the first time the area was witnessing flood in such magnitude. According to Permanent Secretary, who was rescued by neighbours alongside 10 other occupants, the flood pulled down her fence, filled the entire house and swept away her property. She said she had lived there for over 20 years.

As at Sunday morning, electronics, furniture, clothes, foodstuffs and documents swept away or destroyed by the flood littered homes and streets while residents made efforts to sanitise their environment.