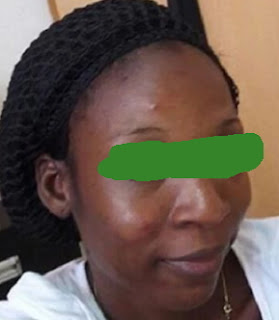 Miss Janet Igwe Ogbu, a maid was today arraigned before an Ikeja Magistrates’ Court  on a 4-count charge of conspiracy, felony and stealing.

The 21-year-old however pleaded not guilty and was admitted to a bail of N100,000 with two sureties.

According to the Prosecutor, Police Sgt. N. Kenrich, the accused committed the offences between Nov. 12 and Dec. 1, 2017 at Magodo Phase 1, Lagos.

He told the court that the accused, who is from Benue, conspired with another man still at large to steal some property including jewellery valued at N460, 250 belonging to the complainants — Mr and Mrs Alex Taiwo.

Kenrich said the accused, who again stole in Benue, was re-arrested and brought back to Lagos to face the music.

The magistrate has fixed March 14 for further hearing.