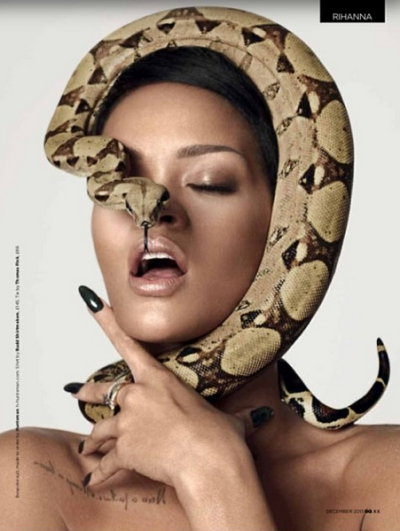 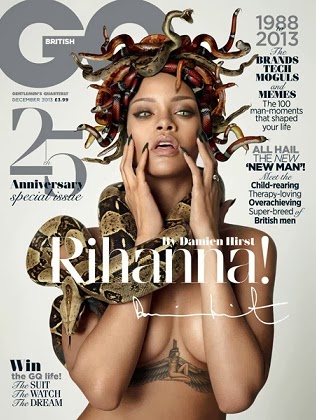 “Medusa head on me like I’m iluminati!!!! She. x Damien Hirst #GQ#25thAnniversary#COVER,”

The above caption is what singer Rihanna gave to the picture on the left shared on her Instagram page few hours ago.

In the other photo on the right, Rihanna’s eyes have a evil glare as she clutches her face with her long black talon nails.

She shuns a shirt and cover up her breasts with her forearms to reveal the controversial goddess Isis tattoo on her chest with a large snake wrapped around her neck.

Her head on the hand is fully covered up with a bunch of deadly snakes, some in bright orange and red colors, which appear to almost jump out of the pic as they slither around her head.

The photo shoot is for the 25th anniversary of British GQ magazine.

In Greek Mythology, people who dare to look at Medusa would turn into stone.

Her evil glare is a bit scary.