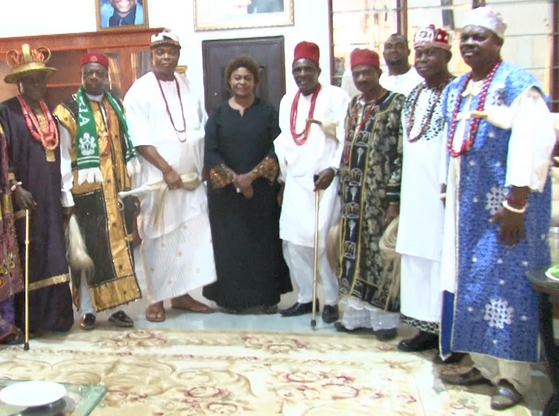 One week after the burial of her 21 year old son,Chinedu Omabuwa Etoromi,Nigeria’s former Aviation Minister and presently the Senator representing Anambra North Senatorial District,Princess Stella Adaeze Oduah,OON,has been receiving sympathisers who have been streaming in and out of her country home in Akili-Ozizor,Ogbaru Local Government of Anambra State to express their condolences.

Between Saturday and yesterday(Sunday),traditional rulers from Anambra North Senatorial District led by the traditional ruler of Nteje,Igwe Odegbo and traditional custodians of Akili Ozizor came calling at Senator Oduah’s palace where they prayed for her and supplicated to God never to allow such a thing to happen in her family again.

According to Igwe Odegbo,the traditional rulers resolved to travel very long distances from their various domains to commiserate with their “beloved daughter who this irreparable misfortune has befallen”.
He said that the death of Chinedu was more painful after her mother gave her the best of education to university level and he came out a generous person just as her mother,the Senator.

They prayed that God will give the Senator and the entire family the fortitude to bear the loss.In her response,Senator Stella Oduah who is also a high chief of Ogbaruland said she and entire members of her family were pained by the death of a very dear member of their family adding that they were consoled by the promise of God that they shall see again on the resurrection day.

Also yesterday(Sunday),custodians of the traditional institution in Akili Ozizor paid a condolence visit on Senator Stella Oduah in her palace.They were received by Prince Lawrence Oduah and Princess Nwaka Ononuju. 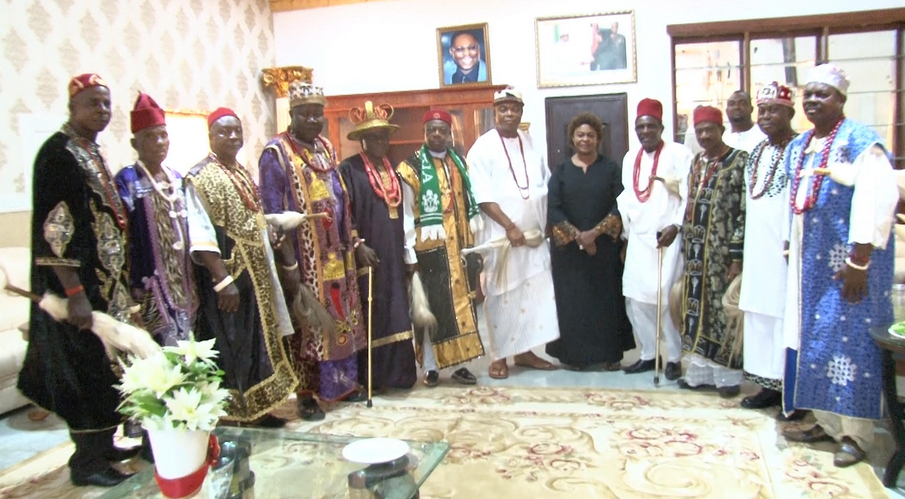 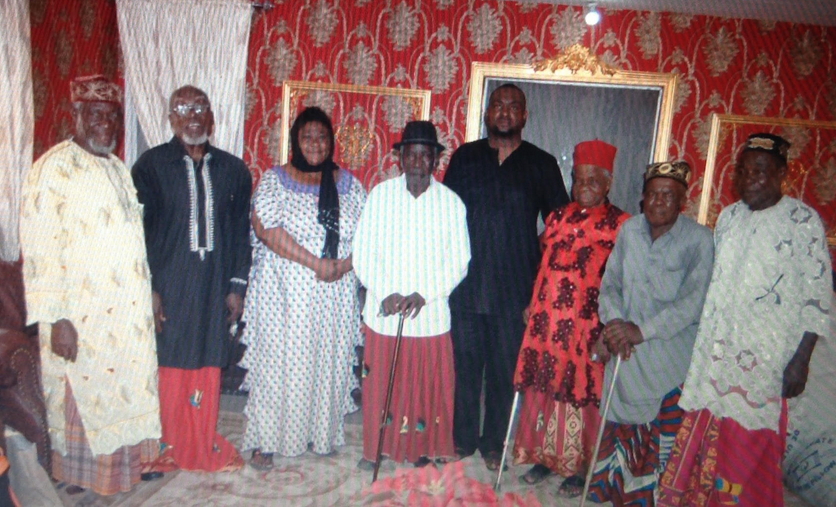