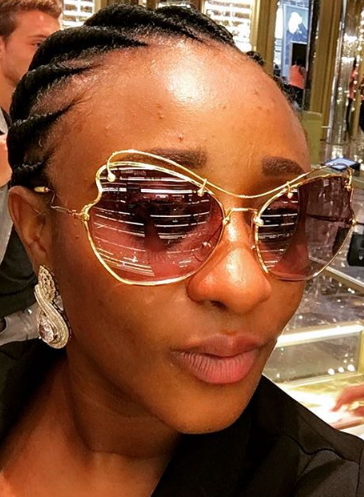 If not for God’s intervention, Nollywood would have lost an icon to untimely death in Akwa Ibom state.

Popular Nollywood actress Ini Edo took to the social media yesterday to reveal to fans how a flight schedule that was cancelled saved her life.

The actress had planned to be in Uyo so as not to miss the ordination service of Bishop Akan Weeks but her flight was abruptly cancelled.

Still determined to attend the service, Ini Edo took another flight to Calabar before proceeding to Uyo.

As God would have it, the journey that should normally take 1 hour took about 7 hours.

She was sitting in the car trying to blame the devil for frustrating all her efforts to attend the church program when she heard of the news of the church building collapse that claimed many lives in Uyo on Saturday. 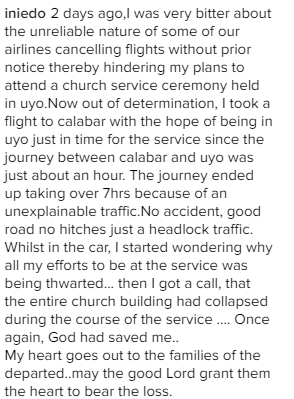