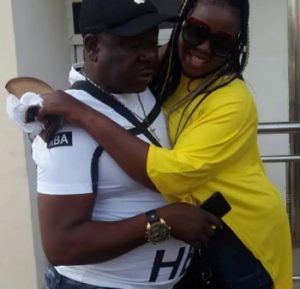 I Feared Women When My First Marriage Crashed – Mr Ibu

Comic Nollywodo actor John Okafor, a.k.a Mr Ibu, does not pretend when it comes to the issue of marriage. And that’s why when his first marriage crashed, he stayed away from women for six years before he found love again. The comic actor and producer will tell anyone that cares to listen that he married the most beautiful woman in the world. Call her his ‘first class’ or ‘queen’, Mr. Ibu believes that his latest wife, Stella Maris Okafor, is a compensation from God, after what he calls the ugly experience he had with his former wife. His story is inspiring…

I call her, my first class. I don’t have anything to do with any woman out there that can be compared to my wife. I have the best wife in the whole world. You can quote me. This is because when you have a wife that has the key to your heart, a woman that is in charge of your memory card, what are you looking for again? She’s a rare breed in the species of womenfolk.

Sometimes, I say to God that ‘you saw my tribulations and you decided to bless me with this woman’. I was married before I met her but the marriage did not work out. But here I am today, living like somebody who is already in heaven. My wife’s name is Stella Maris Chinyere Okafor. Anywhere you meet her, call her, Chibest or First Class.

I want to popularize that name so that people can see the stuff she’s made of. She’s my first class in everything. She’s the best cook I have ever met. In fact, she came up with a recipe known as ‘Ibu Stew’, which is currently enjoying patronage in Enugu, Awka and now Lagos. The stew has a very unique aroma that will make you to ask for some more. 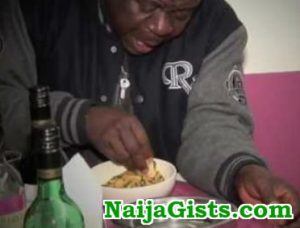 That woman from Mbaise, Imo State is a very wonderful woman. Marriage because she’s a good cook? Not at all. When we started dating, I didn’t know she’s a very good cook. It was after she came into my life that I discovered the stuff she is made of. She’s my wife, I don’t sell shares. 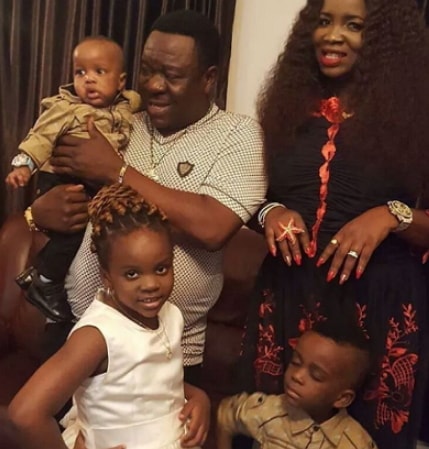 So, whatever testimonies I’m giving about her is real. She’s the best woman I have ever met. If she provokes me by mistake, she cries throughout the day, and if I provoke and find it difficult to apologize to her, she will also cry throughout the day. Why wouldn’t I give her the key to my heart? Do everything to please her! Finding love again Even if I die now, I will say ‘God, thank you for giving me the love of my life.’ I have practically experienced true love. But I’m not going to die any time soon. She has the mechanism to build new things in me. My children always copy intelligent people and she’s one of them. I have grown-up children.

My first son is married with kids; some have graduated from the university. She lacks nothing as my wife. But because of the nature of my job as I’m not always around, she would say she lacks, sometimes, my presence.

How she came into my life

There is this orientation from my mum about having respect for women. That’s why each time I see any woman crying, I try to go close to her to find out why she’s crying. I met my wife crying. She was seated alone in her world and I demanded to know why she was crying.

Immediately, she showed me a text message from her ex- boyfriend which read, ‘Do not call this number again and do not come close to me in your life, this is the end. I’m fine, I’m satisfied with you. Do not come close to my house again. It’s over.’ I was like, ‘is that why you are crying…? There are one thousand and one young men that see you as a beautiful woman’.

I tried to console her, but little did I know that I’m one of those men that would come for her. Coincidentally, I was in Port Harcourt, and we were trying to find out something and she came to me. That’s how it started. Soon, I discovered the rare qualities in her and I said to myself, ‘Mr Ibu, this is your wife.’

I wasted no time, as I dragged her to a corner and said to her, ‘Congratulations’. ‘Did I win anything?’ she exclaimed! I replied, ‘You won my heart’. It was amazing but, to her, the proposal came as a shock.

Today, we are living together as husband and wife peacefully. I have been living with her since 1998. She has five children for me, while my ex-wife had four for me. But, unfortunately, she lost her first son, who was kidnapped then. He returned home before he died. Failed marriage We were not compatible. If you marry another man’s wife, you are finished.

You must suffer from the beginning of the marriage to the end, and when it ends in the long run, you cannot recuperate on time to find your rhythm, that’s when you start begging. Compatibility is something that people don’t really see on time when they talk about marriage. When you talk of love at first sight, that’s when your attention is ceased from making proper investigation about the woman you want to spend the rest of your life with. Sometimes, it is difficult for men to find out who is actually their flesh and blood.

They don’t take their time to investigate properly before going into that spiritual and life contract called marriage. Women are so flexible; they can be manipulated any minute. In some churches today, most of the people pastors conduct deliverance on are women. That’s the best way to say that women have very flexible hearts and can be manipulated. But I am a very different person. Because of the orientation I got from my mum, just give me few minutes, I will discover that woman. My former wife hailed from my home town. I tried my best to keep the marriage to avoid people blaming me because we hail from the same village. I allowed people out there to watch and complain about what was going on between us then.

But God is good. My decision to take another wife was not just a day’s job. And it was accidental for the next choice. I thank God for everything that happened in my life. But my piece of advice to all young men out there is that they should take their time and try to find out who their would-be life partners really are. Do not pronounce anything, but go close to her and discover who she is before venturing into marriage. After marriage crashed Everybody knows my tribulations, temptations and sufferings. I tell my friends who have challenges in their marriages that, any time they are praying to God, they should ask Him to give them their own wives. When I saw my own, I knew and I got inspired. 29 people have married through me.

It will be my pleasure to be part of anybody’s success in marriage. If 29 people could marry through me and they are living in peace, what happens to me? Every woman wants to marry and settle down. But the question is: Who is my wife or who is my husband? Bonding If I’m not working, I am always with my family. I am a movie actor and locations take me outside Lagos. But each time I’m around, my children feel my presence.

How family sees him as comic actor

They always laugh and they are so happy to have me as their dad. Wife as an actress Yes, she an actress. What I do now is to guide her acting career. If I’m on set, she should not be on the same set with me. When I’m there, she should stay at home. It shouldn’t be the case of when I’m there and she’s not there too and the children are crying.

I was actually scared of women after my ugly experience with my former wife. I was scared to allow a woman come close to me. I stayed for six years without having anything to do with any woman. In Nollywood, I saw all the actresses that came around me as my sisters.