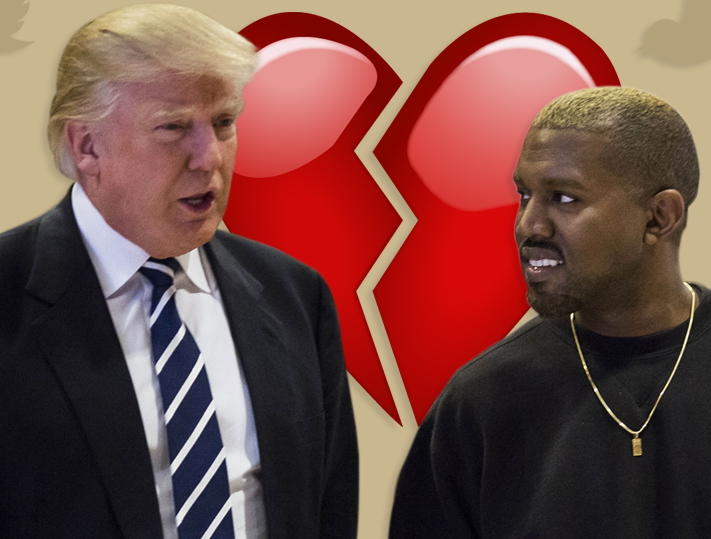 The rosy friendship between Kim K’s husband and Donald Trump may have finally come to an end.

According to TMZ, the American rapper has deleted all the support tweets he wrote for Trump back in January.

TMZ sources said Kanye West is very sad with Trump’s many unpatriotic decisions and no longer wants to be associated with him.

The gossip site says Kanye’s decision to cut support for Trump was because of his ban on Muslims and other decision he sees as unpatriotic.