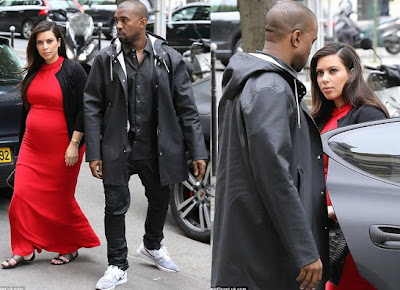 Heavily pregnant talk show host, Kim Kardashian was spotted with her boyfriend, Kanye West in Paris on Tuesday in a very tense mood.

According to sources, Kanye West sent a private jet to pick Kim K. up from Greece where she’s been vacationing with her family to join him in Paris.

The one time lovers were spotted in a very neutral mood with no hugging, kissing or holding of hands as usual.

The look on their faces speak volumes about the present state of their relationship.

Hope they work things out for the sake of their baby. 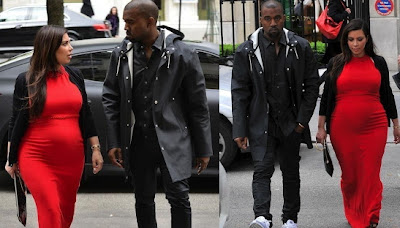