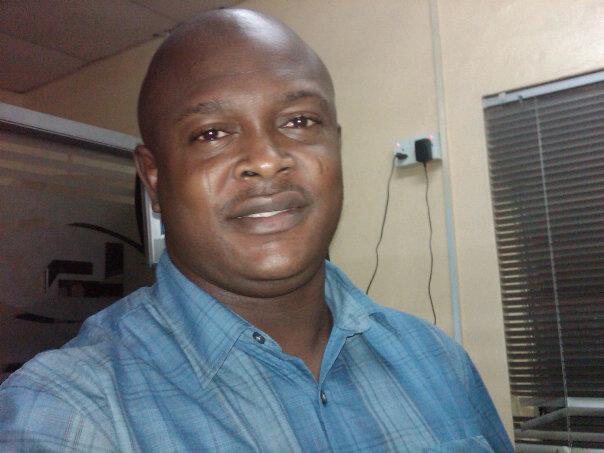 Oluwafemi Adelere, one of the staff member of Lagos Television (LTV), has died. According to reports, he’s the 10th Staff of LTV to have died this year.

He passed on in the wee hours of Monday when he slumped in his bathroom in Ketu, Lagos.

Before his sudden demise, his health condition was said to have been ok.

According to his fellow staff members

“He was not sick. He even shared the rams given to the station by the Turkish Embassy to the beneficiaries on Sunday. He went home after that and the following day he was said to be taking his bath in the bathroom when he complained of hotness of the body and slumped in the bathroom and died immediately,”

He was later buried on Wed Nov 9, 2011 at his home town in Ilaro, Ogun state Nigeria. He left behind a pregnant wife. (https://naijagists.com)

Currently,  the staff of the station are really worried in the wake of Adelere’s death because 9 other staff had died this year while at least four passed on last year.

In 2010, at least four staff were said to have died at the station. Two of them are Toun Adeloye and Saka Atobatele, who was crushed by a trailer while on a motorbike.

“The strange thing about the nine staff that died this year was that they always come to the office hale and hearty on the eve of their death and later go home to die. As a result of these incessant deaths, pastors and Imams were invited to render prayers at the company to stop it.

“Founder of Mountain of Fire and Prayer Ministry, MFM, Dr. Daniel Olukoya sent two prayer warriors from the church to pray in our office against these incessant deaths. Pastors from Christ Apostolic Church and Celestial Church have also come to pray against untimely deaths.

“There is absolutely fear in the office now as no one knows who will die next. We suspect foul play when we look at the circumstances surrounding these deaths. None of them died in the office but they were all hale and hearty. They always go home to die,” a source at the station told P.M.NEWS.

Some of the staff alleged that the management of the station had been able to hide the news of incessant death of staff from the public as they did not want to generate unnecessary publicity.

It was also gathered that the husband of one of the female journalists at the station had begged her to resign her appointment over the ugly development as he did not want to be a widower yet.

These deaths are more spiritual. The staff members of Lagos Television must be prayerful. (pm news)