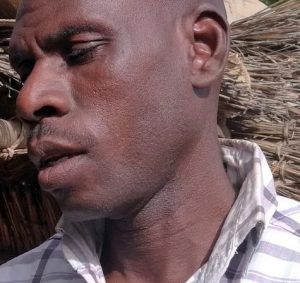 Parents of a Christian girl Boko Haram militants refused to release on Wednesday, despite freeing 104 of her schoolmates, have spoken out.

Rebecca Sharibu said she had been let down by the Nigerian government which she said failed to negotiate her daughter’s release alongside her schoolmates.

Some 104 Dapchi schoolgirls were released early Wednesday after being held by the insurgents for 32 days. Five others died while being transported on the day of the abduction on February 19, the released girls said. 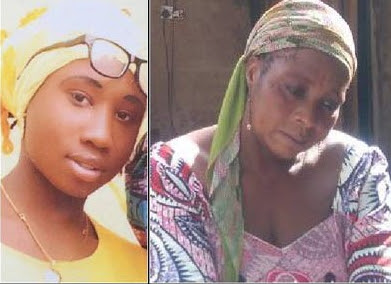 The only girl still in captivity, 15-year-old Leah Sharibu, a Christian, was held back by the terror group after she refused to convert to Islam, her mates said.

Now, her colleagues have shared with her parents details of what happened, and how Leah was stopped at the last minute from regaining her freedom.

Mrs. Sharibu, an ethnic Kilba from Hong Local government area of Adamawa State, has lived all her life in Dapchi.

Even at the peak of the Boko Haram crisis when surrounding towns and communities were attacked, when many non-natives of northern communities fled to their ancestral homes, Mr. Sharibu and her family stayed back in Dapchi.

It was in Dapchi she got married. To her, Dapchi has been a peaceful community where the true ‘one Nigeria’ spirit is upheld. Though predominantly Muslim, residents do not place any consideration on religion in dealing with each other.

When President Muhammadu Buhari visited last week, in the aftermath of the abductions, they all were comforted by the promise he made that the federal government would do everything possible to free the girls.

“But my heart was broken on Wednesday morning when I searched through the released girls and could not set my eyes on my dear daughter, Leah,” Mrs. Sharibu said as tear streamed down her face.

Mrs. Sharibu just returned from hospital. She had fainted after receiving the news that Leah, her first child and only daughter, was not amongst those released.

She sat within her compound — a small home fenced with clay and thatch sheets in a corner of Dapchi — with two cooking pots steaming next to her on charcoal stoves.

“If Leah is home, she and her little brother would attend to everything in this compound,” she said. “She would not let me do anything.”

Mrs. Sharibu said some of the released girls told her how Leah was stopped by Boko Haram at the last minute.

“What her school mates that returned told me was that my daughter (was told she) must recite the Kalima Shahada (the Islamic profession of faith in one God), and she does not know how to recite it,” she said.

“So they told her that if she didn’t know how to recite it then she should come down from the vehicle. She had already boarded the vehicle alongside others that were ready to come home. So she was asked to go down and join some three other females that they said they met there at where they were kept.

“They said my daughter would only be brought back home the day she knows how to recite Kalima shahada.

“She insisted that she does not know how to recite and that she was not brought up as a Muslim. That was why she was held back. She was asked to go and stay with those three women who were also captives there.

“She then pleaded with her friends that if they eventually made it home successfully, they should inform we, her parents, to continue to help her pray for God to protect her and bring her home safely as well. That whether she survived or not, she still need prayers.

“My concern and question to the government is that since we were told that the negotiation was done for all the schoolgirls, why did government accept that only my daughter be left behind when others’ were freed and even brought home?

“So I am begging the federal government of Nigeria, if the negotiation was because they love all the girls as their own, they should do everything to help release my own girl.

“To the Boko Haram members, I have nothing to say other than they should have pity on my only daughter and release her. It was not her fault that she is a Christian, I know that in this world, everyone chose the path of faith he or she has chosen in worshipping God. There is no way one could be forced to do what he or she does not know. It is not possible.

Leah’s father, Mr. Sharibu, said he was away in his home state, Adamawa, when he received a good news on Wednesday morning that his little girl and her colleagues were on their way back home.

“Half way on my return journey home, I received a call that the girls had arrived and only my daughter was left behind because she refused to convert to Islam. I became sad. To make matters worse I was called again to be informed that the mother was unconscious and was in the hospital,” he said.

He said he would not be happy until his daughter was rescued and brought home just like her mates.

“Nigeria must do all within its powers to go and bring back my daughter, the same way they did to others. I really thank and appreciate the people of Dapchi community especially on how they rally round us at this time of great sorrow.

“I am from Hong in Adamawa state, I got married here in Dapchi and all my children were born here,” he said.

He said he does not believe on the existence of Boko Haram.

He said the group, especially the ones that abducted his daughters, appeared to him like agents of politicians.

“I don’t know Boko Haram; I have never seen Boko Haram and I don’t believe there is anything like Boko Haram in this country. What I see and feel about them is they are politicians or group used by politicians to threaten lives and endanger the lives our children.

“To me there nothing like Boko Haram. If truly they are Boko Haram they wouldn’t have come here and abduct our girls and then they would on their own return this girls in broad day and no one is there to confront them.”