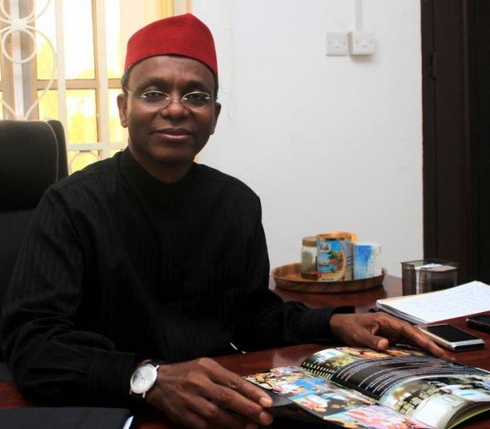 Governor Nasir Ahmed El-Rufai of Kaduna State yesterday disclosed what looked like an admittance that he was indeed attacked spiritually.

He was speaking on the incident for the first time while addressing a workers’ rally in Kaduna.

El-Rufai, had shortly after superintending over the Kogi State All Progressives Congress (APC), governorship primary election, “disappeared” for about 10 days.

But his deputy, Barnabas Bala Bantex, told a gathering last Sunday in Southern Kaduna, where he had gone to represent the governor, that El-Rufai travelled abroad to woo foreign investors.

Bantex made the disclosure at a time speculation was rife that El-Rufai had some health challenges.

Although, none of the government officials were willing to speak on the matter, El-Rufai, however, gave himself away yesterday, when he spoke about the incident.

Though, in a veiled reference, he told some resi- dents, comprising mainly workers: “They wanted me dead. But what they don’t know is that even if I am not here today, my deputy will continue. They can go ahead with their fetish activities, I don’t care.”

Daily Sun gathered that El-Rufai actually collapsed shortly after the primary election, and was thereafter flown abroad for medical attention.

The collapse, it was learnt, was occasioned by “stress,” which sources said, the governor has been going through, since he was sworn about three months ago. One of his wives, Aisha Ummi on her post last Sunday night, on the social media, two days before the governor eventually returned to Nigeria, through Abuja, further suggested that something must have gone wrong with the governor healthwise, which might necessitated his “sudden disappearance.”

She had said: “He’s healthy as can be-not an ache or pain. Our prayer is thanking the Lord that he is healthy. We pray for long life and good health to His Excellency, Mallam Nasir Ahmed El-Rufai.”

The deputy governor, while speaking at the Kafachan Town Hall meeting, told the gathering that the governor was away on overseas trip to “attract investments to the state.”

But if El-Rufai had indeed gone on an invest- ment drive, he would have seized yesterday’s encoun- ter with workers to tell them something about the trip, one of the APC chieftains, told Daily Sun:

“But if you notice, he was talking about death issue. You see, some of us are still keeping quiet because we are expecting appointments, so we don’t want to be marked. Otherwise, I would have granted you a full blast interview on this matter.”

Other APC chieftains who spoke in confidence previously about the matter had disclosed that El-Rufai was suffering from a “spiritual attack,” over the Zaria demolition:

“Ask around, the Zaria people who are angry over the demolition he carried out have vowed to see his (El-Rufai) end. And these people are using both marabouts and other African traditional magic to hit at

the man. So, forget about what some ignorant persons are saying, I can confirm to you that the man is suffering from spiritual at- tack.

“You know how passionate the man is about President Muhammadu Buhari. But Buhari was in Kaduna last Friday, and Mallam was nowhere near the airport. I understand he collapsed shortly after the Kogi congress.”

Another APC chieftain said: “We have always told him that Abuja is not Kaduna. Abuja is no man’s land, but in Kaduna, we have locals who can invoke whatever they believe in, and in no distant time, you start seeing the repercussion. We hope he would have learnt a lesson or two, from this his latest experience. We wish him well, but he just has to apply the brakes. He is stressing himself too much.”