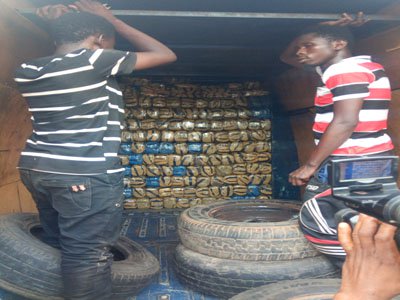 Police officials in Benue state have arrested some suspected local weed dealers after over 500 parcels of Indian Hemp was intercepted in a bus near Aliade axis of the Enugu-Makurdi Highway.

The 3 suspects heading to Borno from Ondo state were stopped during a stop and search on Enugu-Makurdi Highway.

Several men inside the custom built J5 bus fled as police arrested the driver of two others.