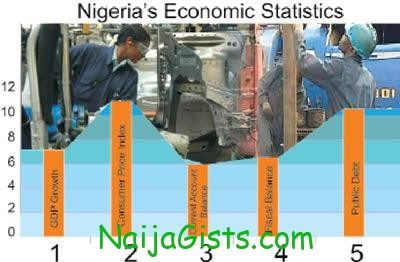 The Central Bank of Nigeria (CBN) has disclosed that Nigeria’s foreign reserves fell from $33.2 billion in the first quarter of 2011 to $31.9 billion in the second quarter.

However, compared to 2010, foreign exchange inflows increased by 32 percent.

There was significant improvement in the balance of trade position. From the first quarter to the second, the country’s current-account surplus almost doubled to $8.14 billion and trade surplus increased from $8.75 billion to $12.5 billion.

It will be recalled that in recent times, President Goodluck Jonathan has been trying to increase Nigeria’s FDI by inviting investors from all over the world to the country.

At the National Economic Summit held in Abuja in November, Jonathan promised prospective investors that the Federal Government would remove all obstacles militating against Foreign Direct Investment into Nigeria.

However, the reduction in FDI may not be unconnected with the diverse security challenges the country has faced since the beginning of the year. The alarming spate of bombings and armed robberies may have contributed to the situation.

The CBN, on its part, said that the decline in FDI may be attributed to the Euro debt crisis which has continued to adversely affect major international financial centres and hence financial flows to emerging and developing countries.(daily times)