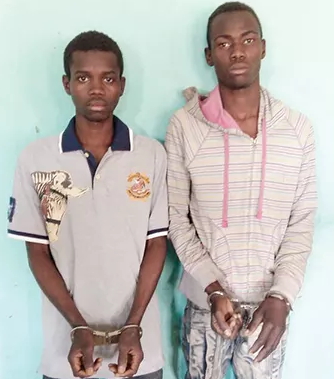 They later demanded for N10million ransom for the victims’s father, however, they took the life the innocent boy after his father begged them to accept N500,000.

Here is what a police source said about the abduction and the arrest of the suspects:

“Adam has confessed to the killing of Maina. He said he killed the boy because the father couldn’t raise the N10 million ransom the gang demanded. The boy’s father begged them to collect N500,000.

He sad he stabbed Maina several times in the stomach to ensure he dies because the boy knew him and would disclose his identity to police if released. He said that he and the boy lived in the same area.”

Modu was the first to be arrested at Customs area of Maiduguri. He later fingered his brother who was later arrested in Monguno, a town 200km from Maiduguri.