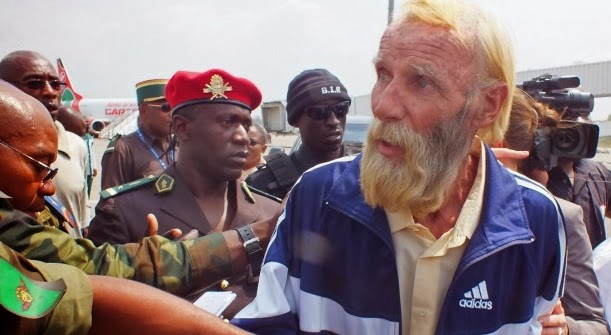 What the Nigerian military could not dare has been achieved successfully by the Cameroonian soldiers.

Nitsch Eberhard Robert, a German expatriate kidnapped by the dreaded Boko Haram sect in Nigeria last year July has been freed during a raid on the militants hideout in Northern Nigeria.

This is what Cameroon President said in a statement today:

“A special operation led by Cameroonian armed forces along with security services of friendly nations succeeded this night (Tuesday) in freeing Nitsch Eberhard Robert, a German citizen abducted in Nigeria in July 2014 by the Boko Haram sect,”.

A spokesman for the German foreign ministry confirmed the man’s release, adding that he was now in Cameroon’s capital Yaounde. No further details were immediately available about the hostage or the raid itself, including where it took place.

Last week, Cameroon soldiers trooped into the Nigerian territory to dismantle a Boko Haram camp without an official permission from the Nigerian government.

Nigeria military is bigger than Cameroon’s and yet they are struggling to overcome the terrorists.

Something is definitely not right here, those Oga on tops in our military empowering the sect must be exposed.