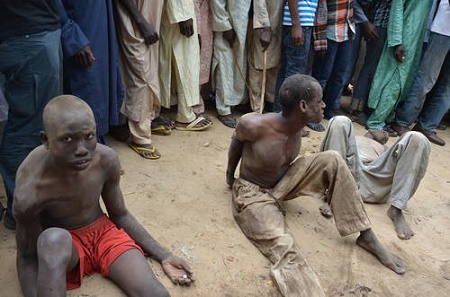 4 members of the dreaded Boko Haram Islamic sect were apprehended in Konduga LGA of Borno state today two days after an attack that killed 9 Malari villagers and displaced hundreds of civilians. 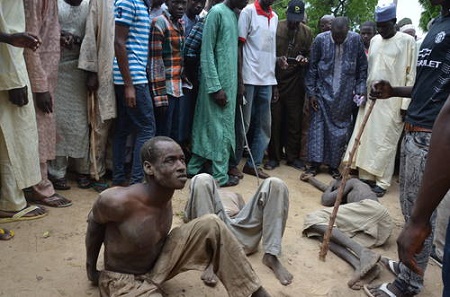 On Monday the militants stormed the 6 villages in Borno, killing 9 before they escaped.

Four of them were arrested by Civilian Joint Task Force while plotting another attack in Malari.

They were paraded before Governor Yettima who came on solidarity visit to console the villagers today. 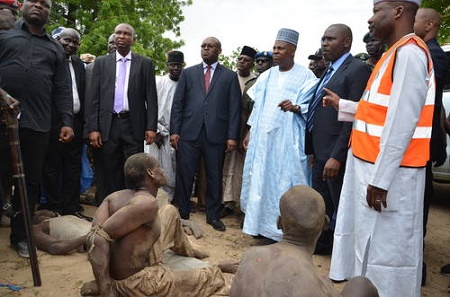