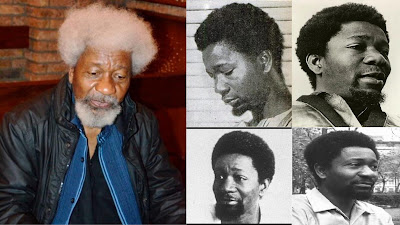 He was born Akinwande Oluwole Soyinka on July 13, 1934 in Abeokuta, Ogun State Nigeria.

The Isara Remo indigene is the 2nd of 6 children born to his family.

Soyinka is a cousin to late Afro legend, Fela Anikulapo Kuti since his mother was a descendant of the Ransom-Kuti family in Abeokuta.

To make his birthday a grand affair, a number of activities have been lined up, and the most significant of it all is the Open Door Series Project WS79 organized by Zmirage Multimedia Limited.

According to Alhaji Teju Wasee Kareem, CEO, Zmirage and Executive Producer of the annual WS project, the Open Door Series Project is a veritable platform for international cultural exchange, which has been earmarked to celebrate the creative ideals and virtues of the iconic Soyinka.

This year’s programme tagged “Memoirs For Our Future” shall feature a drama presentation entitled, Trials of Brother Jero, one of the popular plays of Prof. Soyinka, musical and cultural shows, international essay competition as well as advocacy lectures.