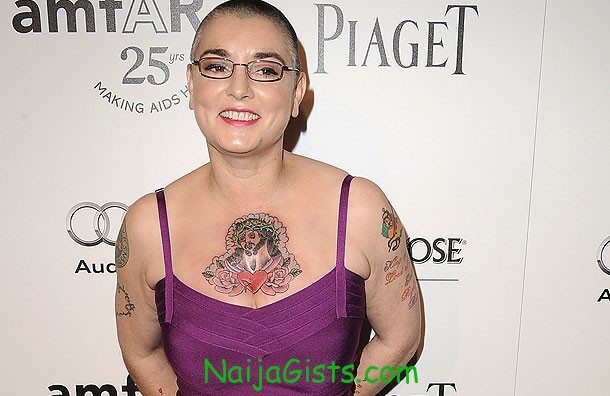 The troubled singer, 45, confessed days after being plunged into the depths of despair: “I took an overdose.”

But she said: “God obviously wants me around — though I can’t think why.”

Sinead, who lives in Co Wicklow, Ireland, told of her hell after issuing a desperate plea for psychiatric help — via Twitter.

Her message begged: “Does anyone know a psychiatrist in Dublin or Wicklow? I’m really unwell — and in danger.”

She took the overdose last Thursday in Los Angeles. She almost tried to kill herself again two days ago.

The mum of four got married a month ago — but split from hubby Barry Herridge, 38, after 16 days.

Sinead said of her Twitter plea: “I just had to make a cry for help.”

Continue Reading
You may also like...
Related Topics:OConnor, Sinead, suicide