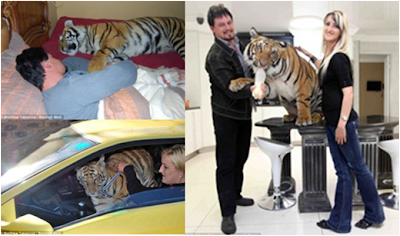 The tiger named Enzo has been living with the couple since birth.

To make the matter worst, the tiger sleeps in the same bed with Michael Jamison. 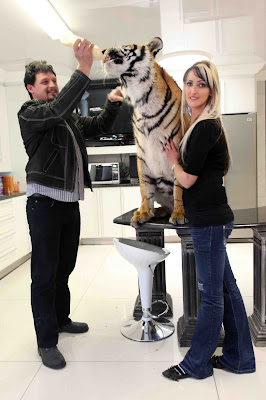 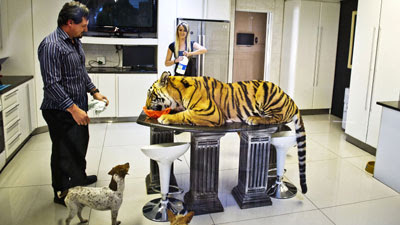 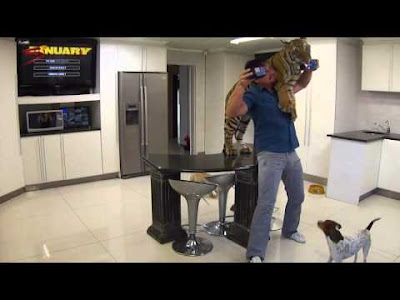 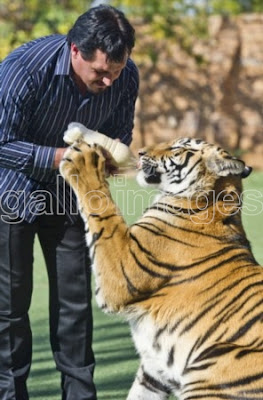 What happens if the tiger suddenly turns against them. These people are taking serious risk by endangering themselves.