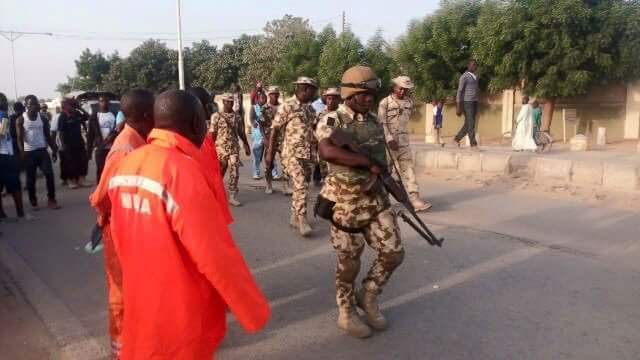 The Chief Security Officer of the Borno State Emergency Management Agency (SEMA), Bello Danbatta, said on Monday the incident occurred in Mashamari area of Konduga, near Maiduguri, the state capital.

“Three people were killed in two attacks and seven others injured in a suicide bomb attack on Sunday evening.

“One of the bombs was detonated near a mosque while residents were preparing for the evening prayers and moments later the second one detonated inside a house.”

Prophet Collects N1.5Million To Cleanse Woman From Evils Of The World
Man Arrested For Threatening To Shoot & Stab Neighbour