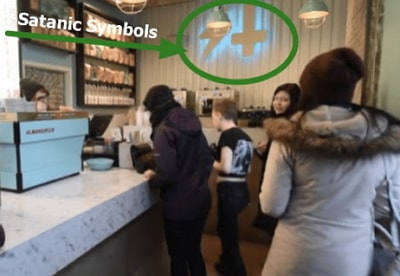 A Toronto-based Ice cream shop has come under fire for allegedly using satanic symbols in adverts to mock the Lord Jesus Christ and Christianity.

The Ice cream chain, Sweet Jesus is facing severe boycott from Christians after the brand opened shops in the US.

Sweet Jesus Ice Cream shop which has over 20 branches in the Greater Toronto Area has been accused of using Satanic symbols like the inverted cross, satanic pedophilic symbols and the like to promote the brand.

The designer has replaced the S in the name of Jesus with the lightning bolt, a symbol long associated with Satan. 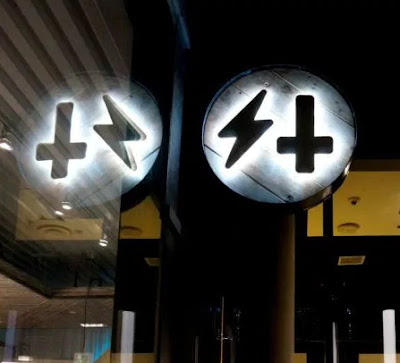 In the Bible The Lord Jesus Christ was in a discussion with His disciples who were amazed at their divinely bestowed power to cast out demons. In response Jesus said: “…I beheld Satan as lightning fall from heaven.” (Luke 10:18). Since that time, the occult world has used the symbol as a representation of the Devil. 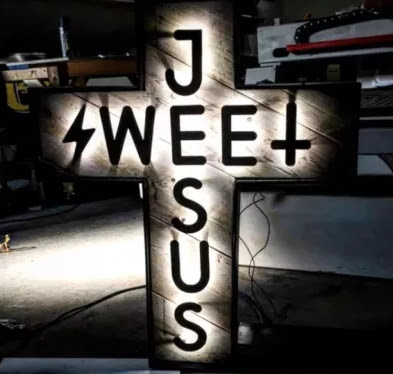 Also the inverted cross (upside down cross) is a mockery of the crucifixion of Jesus Christ and a pledge of allegiance to Satan.
It is a common symbol satanic entertainers use to pledge their allegiance to their master Satan.

What is more troubling is the two combined Inverted cross and the lightning bolt symbols the brand is using in all its stores. See the photo below 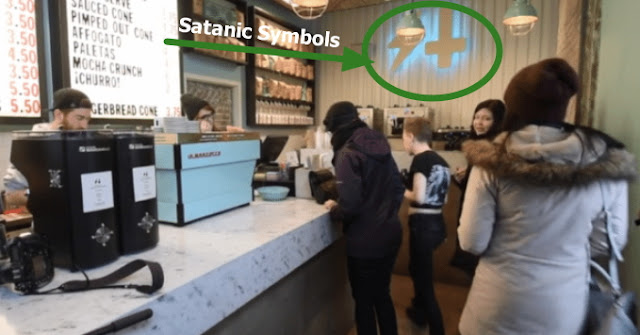 All these promotional images were designed by controversial designer Murilo Maciel. 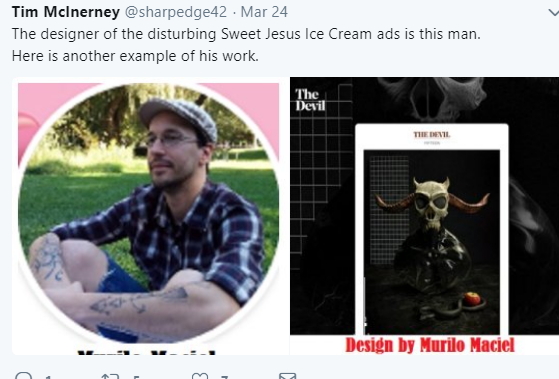 Meanwhile the founders of the brand, Amin Todai and Andrew Richmond have vowed not to change a thing even after Christians filed petitions against them. 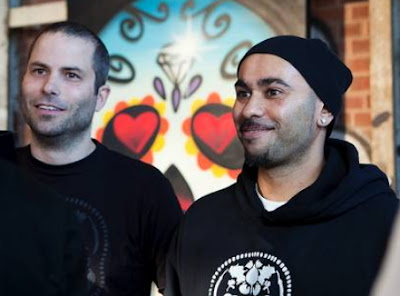 See the controversial ads putting the brand at the mercy of Christians all over the world. 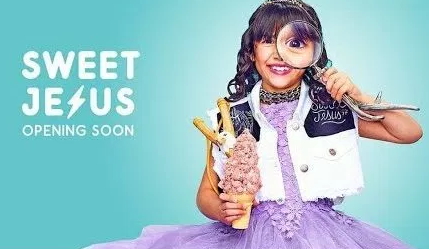 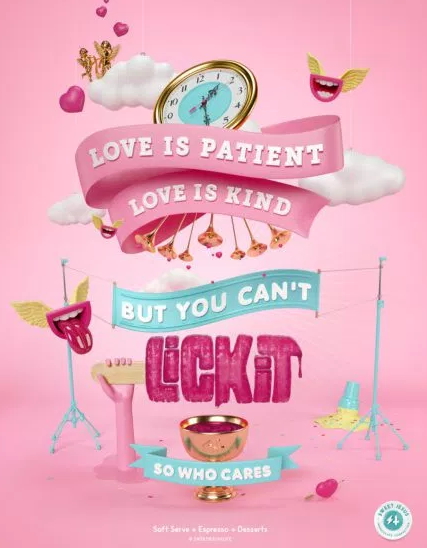 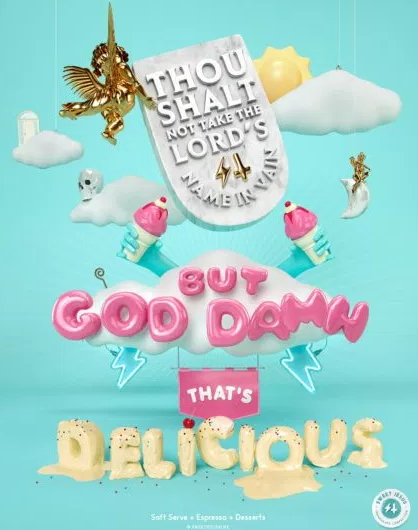 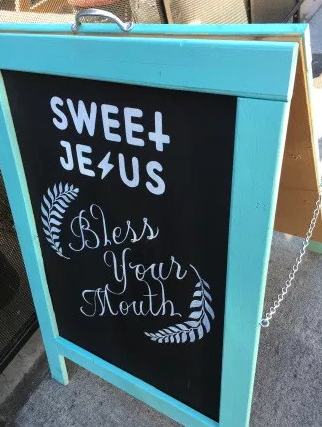 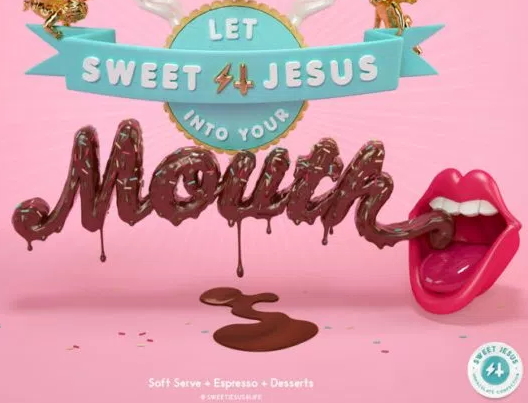 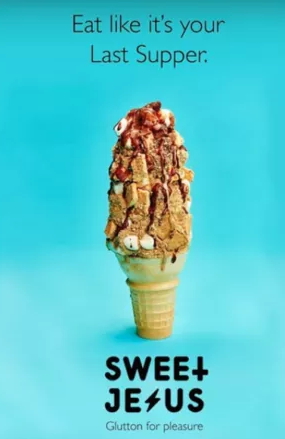 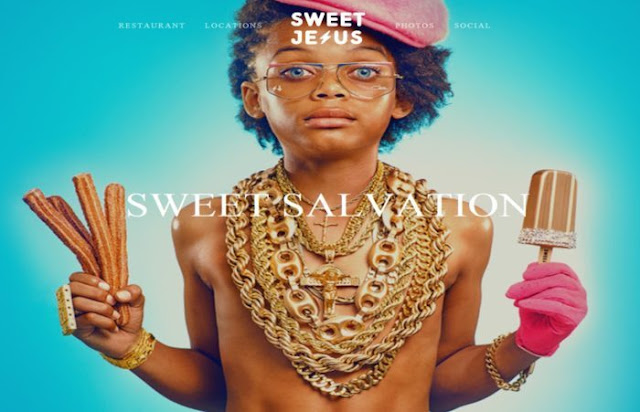 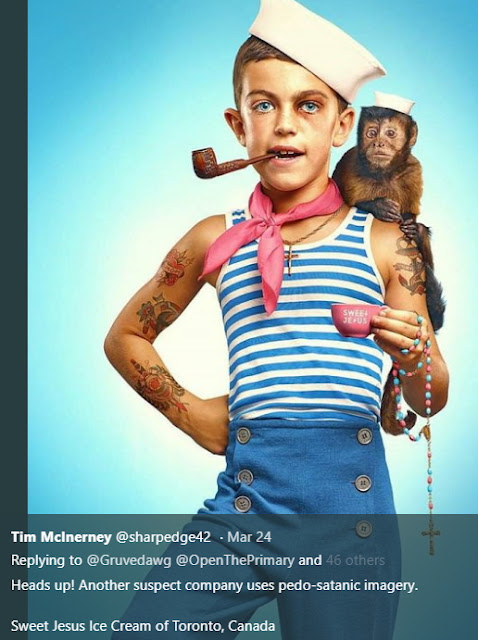 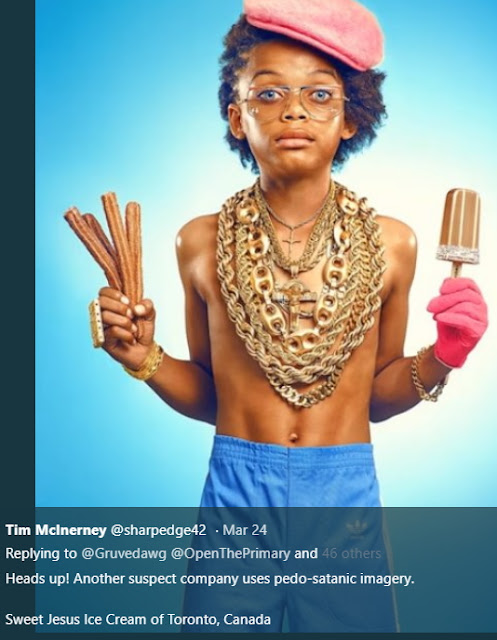 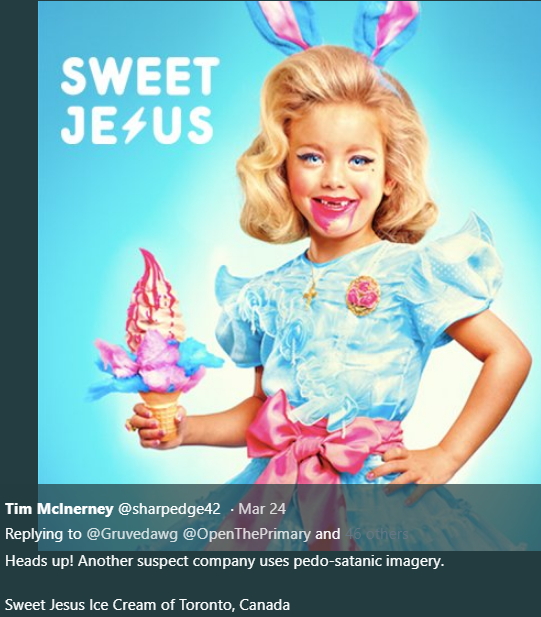 The brand has been tagged Illuminati ice cream.

This is very creepy !!! End time is here folks!