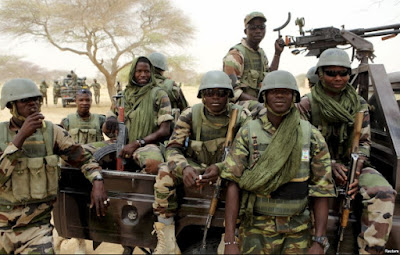 The attack targeted a camp in the village of Tassalit in Niger’s Tahoua region, around 525 km Northeast of Niamey.

“We received information of an attack on the camp in Tassalit.
“For the moment we are told there are 22 dead, but that is not a total death toll.
“The death toll could increase,” he said.

Rafini gave no further information concerning the suspected identities of the attackers or whether any civilians had been killed or wounded.

The camp’s residents are Malians who fled to neighbouring Niger after Islamist militants, some with links to al-Qaeda, seized Mali’s desert north in 2012.

A French-led military intervention drove back the insurgents a year later but violence is on the rise across the region’s arid Sahel band.

Niger’s small army is currently battling Boko Haram militants who launch raids across its Southern border from Nigeria while seeking to prevent an overflow of attacks from Mali.

There are also concerns that Islamic State fighters could be pushed onto its territory by a government offensive in Libya.