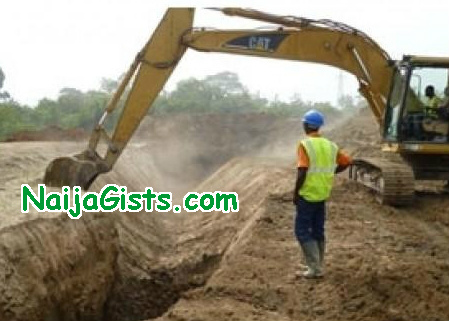 At least 62 people have died in Adamawa state as a result of radiation exposure.

The villagers believed to have been killed by huge deposits of Uranium believed that it was evil spirits that were terrorising them for years.

The director of Geology in Michika area of Adamawa where the disaster happened, Dlama Zira said;

“The people of the affected communities for many years sacrificed hundreds of goats to appease the deity, seeking for protection from the evil spirit that is causing unidentified illness and sudden death in the communities.

“Unknown to them, they were sitting on and drinking water from huge uranium deposit, which was identified by radiation experts as the cause of illness and rampart deaths among them.

Zira who is also an indigene of the affected community said he was also was affected and suffering from radiation illness infected during several field outings.

He is appealing to the State Government to work more on educating the poor villagers on the danger of radiation exposure to prevent such viral deaths in the future.