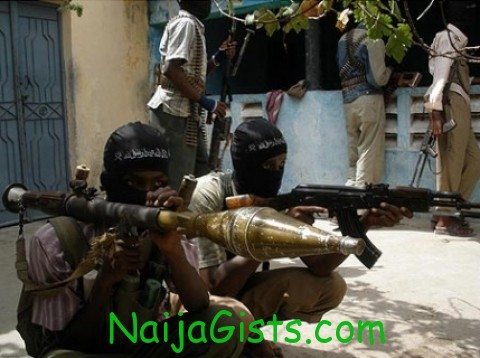 A youth Boko Haram Suicide bomber yesterday confessed to an officer while lying on his death bed that they’re doing God’s work and will not stop. naijagists.com

According to Sahara report, this young man aged between 20 and 24 was badly injured when the explosion from the bombs he detonated tore into his body, sending pieces in every direction.

The Bauchi State Police Command recalled his last words before his death. Spokesman Abdullahi Abubakar reported: “At around 5:05 pm yesterday in Bauchi town, our attention was drawn to a young man between the ages of 20 to 24 lying critically injured after an explosion

On reaching the youth, our anti-bomb team searched him and recovered a pistol and bomb. Before he died he told us that they are doing God’s work and will not stop,” – an apparent reference to Boko Haram.

On why the police moved him out of the hospital, the spokesman explained: “In the hospital we got an intelligence report that some people would come and take him away, and so we moved him to our headquarters under a drip with a doctor and it was with us that he later died because his legs were blown apart as were other parts of his body.”