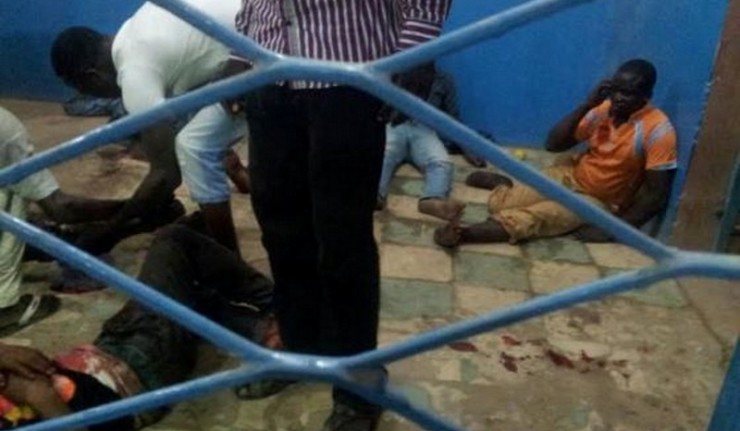 Bello said both the dead and injured have been taken to Federal Medical Centre and Specialist Hospital Yola.

“So far we have recorded 58 death and 96 injured from the mosque blast,” Bello said.
Bello called on the public to come and donate blood to save lives.

Also speaking after visiting the hospitals to sympathise with the victims, Governor Bindow Jibrilla, condemned the incident and urged for more vigilance.

“I also want to appeal to the public to troop out and donate blood to the injured,” Bello said.
The blast at the newly opened mosque occurred few minutes after the mosque was inaugurated by the District Head of Jimeta, Alhaji Muhammed Baba-Paris.

The district head along with other dignitaries including a former Minister, Alhaji Hassan Adamu narrowly escaped the blast as they left the mosque shortly after the inauguration to observe their prayers at their usual jummat mosque in Jimeta area of Yola.

In neighbouring Borno State, a suicide bombing during dawn prayers at a mosque in Maiduguri, killed at least 10 people, a hospital source said.