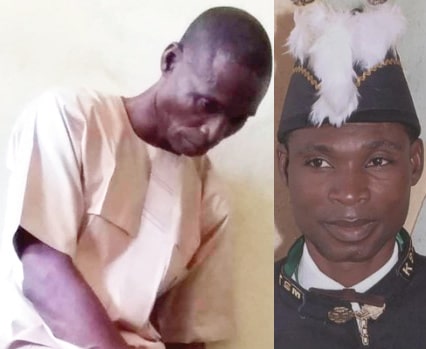 A Magistrates’ Court in Benue State has remanded a 51-year-old senior lecturer in the Department of Catering and Hotel Management, Benue State Polytechnic, Ugbokolo, Mr. Andrew Ogbuja, at the Federal Prison, Makurdi.

He was charged with criminal conspiracy and culpable homicide.

Her death has drawn sympathy across the country, following reports that she was allegedly raped several times by the lecturer.

It was also alleged that his son, Andrew, a student of the Federal University of Agriculture, Makurdi defiled the deceased, who was under their care.

When the case came up, the First Information Report (FIR) read to the accused showed that on October 22, the case was reported by Evangelist Enuwa Soo, female, of 2/4, Potter Avenue, Otada in Otukpo Local Government, through a petition to the Commissioner of Police, Benue State Command.

According to the FIR, on June 23, the family of Miss Elizabeth Ochanya Ogbanje, female, of Agene Amen, Okpokwu Local Government, aged 13, noticed that Andrew Ogbuja, male, a lecturer with Benue State Polytechnic, Ugbokolo and his son, Victor Ogbuja, had been having carnal knowledge of her since she was living with them, which resulted in her being diagnosed with VVF and other diseases.

“Ochanya was hospitalised at the Federal Medical Centre, Makurdi where she later died on October 17.”

The court further heard that during police investigation, Andrew Ogbuja was arrested.

The offence is contrary to sections 97 and 222 of the Penal Code Laws of Benue State 2004.

Counsel to the accused, Anthony Onoja, however, observed that the media have been awash with reports of his client, who has not been proved guilty.

He said if care is not taken, such reports will not allow the matter to go on smoothly.

Onoja appealed to the judge to protect them (lawyers) from journalists and caution the International Federation of Women Lawyers (FIDA).

He said he has no objection to the remand of his client.

However, the Magistrate, Isaac Ajim, overruled Onoja, saying no plea was taken for want of jurisdiction.

He ordered that the accused be remanded at the Federal Prison, Makurdi.

The case was adjourned till November 29 for further mention.