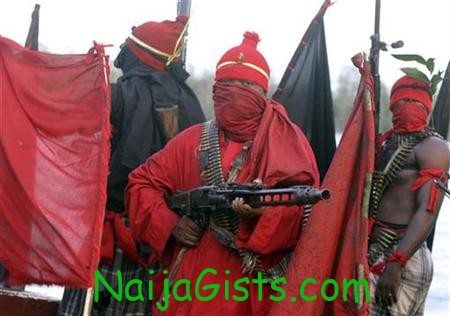 Conference of Igbo Youth Organizations, CIYO, a brand new Igbo group has warned that Ndigbo will no longer watch in silence while their brothers and sisters are slaughtered like animals  in the northern states in Nigeria.

CIYO has vowed to begin a ‘tit for tat’ attack. Most of the victims of the ongoing massacre in the North are Christians mostly of the Igbo stock in eastern Nigeria.

Also, the Igbo youths in a statement endorsed  by 10 youth leaders, including the National Coordinator, Igbo Youth Grand Alliance, Dr. Uchenna Uchehara, who read it after their emergency meeting in Owerri yesterday said: “Events of the past few months in Nigeria have become very disturbing to stakeholders, especially the Igbo  nation that played a major role in the founding of Nigeria and in spite of the tragedies of the Biafran war, resolved to give total support to one united Nigeria.”

He  lamented that the ugly experience of Ndigbo in Nigeria had been the persistent and unprovoked  killings of Igbo citizens outside Igbo land.

Similarly, a pro-Biafra group, Biafra Zionist Movement, BZM, has announced that it had commenced the process to launch the struggle for a state of Biafra with the international community, saying that the formal declaration of the new Biafra Republic is slated for  5 November, this year.

National President of BZM, Benjamin Onwuka  said  Biafra Republic could not be realised over the years  because of the  inability of Biafrans to get the support of  world  powers like the United States of America to back the project.

“As we approach the end of 13 years since the mobilization and struggle for Biafran independence began under the aegis of MASSOB and other groups, the people of Biafra have not made much effort in realising our dreams because the struggle has been internalised since 1999,”  Onwuka said.

‘’Biafra can only be achieved when we secure the support of the United States of America; the day USA comes to our  side, that day we shall be free from Nigeria; the story of South Sudan where a bloody civil war was fought for over 24 years is a typical example.”