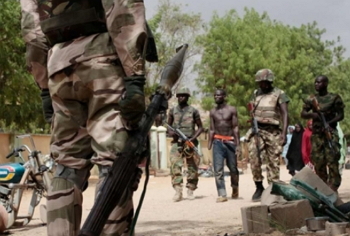 The insurgents have launched a daring attack  on the Nigerian troops in an attempt to take over the capital city of  Borno state from the military.

According to residents of Maiduguri, heavy gunfire is being heard in Molai Village along Damboa Biu Road, the route the terrorists attempted to take to infiltrate the capital city.

A Staff of NTA said all major access roads to the city have been blocked by the military.

In a statement released this afternoon, the army urged residents to stay calm and remain vigilant.

“The general public is please requested not to panic and discountenance rumours of Boko Haram presence.

“You are further enjoined to please remain at home and be vigilant. The security situation in Maiduguri is under control”.