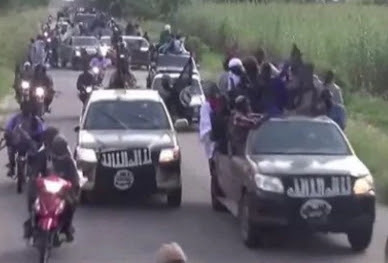 According to the Information officer for Guzamala LGA of Borno state, the insurgents who came in large numbers set fire to scores of houses, killing 3 on the spot.

The attack was carried out on the vulnerable rural areas around 3:00pm yesterday with no military personnel to defend the helpless villagers.