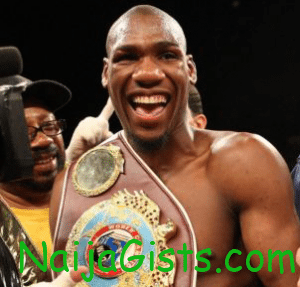 Ex-boxer Paul Williams has been paralyzed after a traffic motorcyle accident in Atlanta. naijagists.com

According to his trainer , George Peterson who confirmed the news, the accident took place on the 27th of May, 2012, Saturday.

He further disclose doctors’ve given Williams a sad prognosis.

‘They’re saying he won’t walk again or box again. Paul is in denial right now. It’s been that way with him. You tell him he can’t or won’t do something, and he wants to prove you different. So whatever the doctors say, he’s not listening. But they say that (walking and boxing) is not going to happen‘.

His surgery to stabilize his spinal cord is scheduled for today, 30th of Wed, 2012.