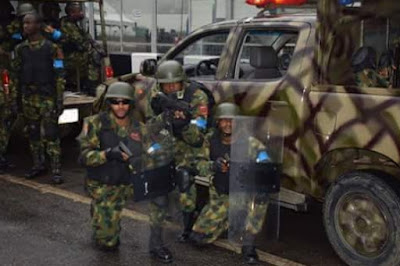 The exercise is meant to flush out killer herdsmen in Benue, especially in Guma and Logo local government areas.

Lt. General Buratai stated that the Cat dance is not a full army operations but a joint Military training exercise that would help familiarize the army troops to the challenge of internal security in the state.

He revealed that the training exercise is been conducted with other services of the armed forces as well as other security services especially the police, SSS and other paramilitary organizations.

Burutai noted that it is not necessary to trace the history of the challenge that parts of the country is facing, adding that it is the hope and expectations of everyone that at the end of the exercise, things will be normalized.

Read Also: Army denies killing vigilante member in Edo
“The training exercise is a way of contributing our own quarters to ensure that we support the civil authority and ensure that peace is restored in the country”.

According to him, Ayem Akpatuma has become more expedient due to upsurge in cases of armed banditry, kidnapping and Herdsmen and Farmers clashes.

He said during the training exercise, the troops will cover the entire state and solicit the cooperation of the Benue people so that the aim and objectives of the exercise would be achieved.

In his remark, Benue state Governor, Samuel Ortom thanked President Buhari for the deployment of soldiers to the state to help address the security challenges facing the state.