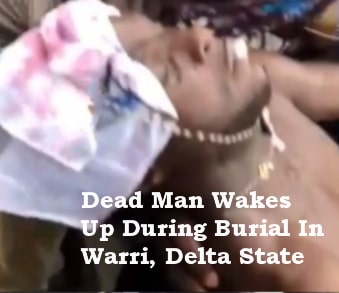 According to eyewitnesses, the 25-year-old man simply identified as Akpo gave up the ghost after being shot at around 2am today.

As his family were getting ready to bury him, his prayerful mother who refused to give up ordered them to start praying.

Those who witnessed the miracle said Akpo woke up shortly after his casket arrived.

Akpo who was in the region of the dead for 7 hours woke up shortly before his burial. 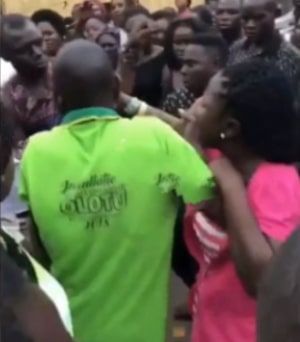 He is currently at an undisclosed hospital in Jeddo area of Warri Delta state Nigeria at the time of this report.

Don’t underestimate the power of a praying mother.