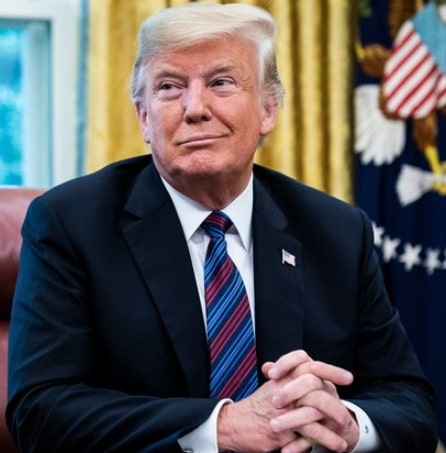 Nigerian celebrities giving birth in the US need to start looking for alternative because Trump is just about to shut them out.

On Monday  in an interview with Axios, the President revealed his plan to sign an executive order to end birthright citizenship to babies of non-citizens and unauthorized immigrants born on U.S. soil.

Though he didn’t disclose when he will signing the executive order to stop the birthright citizenship, however analysts alleged that he may be potentially setting up another constitutional standoff.

This is what the said during the interview:

“We’re the only country in the world where a person comes in, has a baby, and the baby is essentially a citizen of the United States for 85 years with all of those benefits,”

“It’s ridiculous. It’s ridiculous. And it has to end,” he continued. “It was always told to me that you needed a constitutional amendment. Guess what? You don’t,” he said, adding that he has run it by his counsel.

“You can definitely do it with an act of Congress. But now they’re saying I can do it just with an executive order,” Trump said. The President didn’t provide any details of his plan, but said that “it’s in the process. It’ll happen.”

If Trump signed the executive order, he will be going against the 14th Amendment to the Constitution that states:

Atiku Condemns Attack On Shiite Protesters, Calls For Release Of El-Zakzaky
Tinubu: Atiku Can’t Win Because Nigerians Will Not Return To PDP Illusion