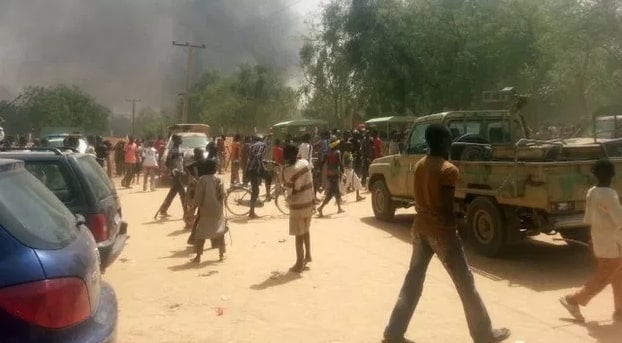 A top member of the Mamman Nur’s faction of Boko Haram sect has been shot dead by his own colleagues after his secret plan to escape with 300 captives and surrender to the army was exposed.

According to a credible source, Ali Garga was shot dead by his colleagues when his hidden plan was leaked by some of the captives at his camp.

Garga, a Fulani man from Taraba state was forced to join the Mamman Nur’s faction of the terror sect in 2015 after his cows were seized by the insurgents.

Here is what the source said about the slain commander:

“Garga was trained how to fight wars and engage in combat operations. He also possessed an extra ordinary ability of knowing the terrrain because he was a hardsman. This elevated him to a level of a Commanding Officer by the Mamman Nur’s Faction.

“He was not interested in holding captives for ransom like others. What is paramount to him is getting his livestock and continue what he was diong as a hardsman and reunite with his family”.

The source added that Garga was making plans to find those to rescue him when he was shot dead.