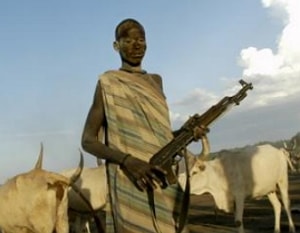 Some gunmen suspected to be Fulani herdsmen today killed 31 persons in separate attacks on Benue settlements.

2 persons were killed by the marauding herdsmen in Ukember- Agya, Logo local government area of the state,.

Two people were killed in a broad day light attack in Agbobouhol, a suburb of Makurdi.

The attack took place at about 10:00 a.m. and there was panic among Wadata residents who fled the area with their personal belongings.

The attack was confirmed by Benue Police spokesman Moses Yamu.

Continue Reading
You may also like...
Related Topics:Fulani, kill, terrorists