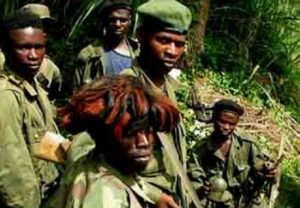 Suspected members of the Icelanders cult have reportedly attacked a commercial bus belonging to the Akwa Ibom Transport Company, killing the driver while no fewer than eight passengers escaped with bullet wounds.

It was learnt that the incident happened around 1.22pm on Wednesday at the Edem Akai end of the Iwukem-Etim Ekpo-Abak highway, Akwa Ibom State.

According to Metro Plus, the passenger bus, which was returning to Uyo from Etim Ekpo, was caught in a hail of bullets fired by the militants, who blocked the major road.

A bystander, Udoesen Philips, said the AKTC bus driver attempted to escape when the hoodlums, about six in number, opened fire on the bus at close range.

According to him, a woman and three other passengers, were hit by the bullets.

“They blocked the road and started robbing every vehicle. The AKTC bus ran into them. The driver was trying to escape when the militants started firing at close range.

“One woman and three other passengers were hit by bullets. The intensity of the pump-action rifle, AK-47 and other weapons, sparked fire and engulfed the bus with the driver.

“When I heard the gunshot, I escaped into Edem Akai Primary School on my motorcycle and watched the drama from afar. After robbing the passengers, they stopped an oncoming Toyota Camry, seized it from the owner and escaped with it.

“They took the untarred road through Udianga Enem into their base in Okoyo village, while others followed the stolen car with the motorcycles that they came with,” Philips said.

It was gathered that the hoodlums also robbed nearby shops, including one owned by one Udoma Ekah, as the owners ran to safety.

Policemen, who usually blocked the Ikot Nya section of the highway, were said to have fled in their van.

The state Police Public Relations Officer, Odiko Ogbeche, confirmed the incident, but said he had yet to be fully briefed by the Area Commander and the Etim Ekpo Divisional Police Officer.

Continue Reading
You may also like...
Related Topics:cult members, icelanders